Money as Medicine; Money to Help Us Heal 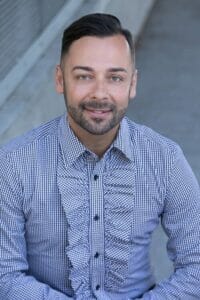 America was founded on the notions of capitalism, allegedly built on principles of equal opportunity. But the real history of American wealth is complicated and dark, and understanding that history is critical to understanding how we begin to address the race wealth gap.

It’s critical for everyone  to understand and reframe the real history of wealth and our relationship to money. The wealth we see today, across business, philanthropy and other sectors, is for the most part, the result of the historical theft and extraction from Black and Indigenous communities. We must reconcile the false myth of the ‘American Dream’ and explore what must be changed to make it a reality for all people.

The untold story is that entire tribal nations, with their own way of life and society, existed on this land when the first Europeans arrived. And as the tenets of colonization took hold, those ways of being were nearly decimated and genocided for the sake of wealth building that relied on taking land from Indigenous peoples and the forced, unpaid labor of enslaved Africans. Imagine the profit margin when you haven’t paid for land or labor. This is how our American economy began and how it has been rigged to provide accumulated benefits for white people. And while the methods of extraction and exploitation have evolved, the way capital moves through markets continues to be grounded in ideas of white supremacy.

When we look at rising inequality in America, its biggest driving force is that the descendants of the removed Indigenous people or enslaved Africans were never compensated for the lives, land and opportunity that were ultimately lost. This act kept these communities from being able to thrive and grow wealth of their own to this very day. Centuries of oppression and racism against Black Americans has left the nation with a racial wealth gap of $10.4 trillion, where typical Black households only possess 10 cents for every dollar of wealth typical white households have.

The work of the Decolonizing Wealth Project, alongside a groundswell of support and leadership from social movements have shown us that truth, reconciliation and healing are possible. We just need to embrace a different paradigm, one radically different than our nation’s modus operandi of divide, control and exploit. Instead, we need to connect, relate and belong. We also need to ask the questions: What if money could be medicine instead of what divides us? What if rather than using wealth to cause further harm, we followed the Seven Steps to Healing?

More broadly, my book, Decolonizing Wealth, shifted the weather in philanthropy and in socially conscious investing. Over these three years, conversations have completely changed and what was once thought of as “radical” in the sector,  has  increasingly become best practice.   Modern philanthropy engages a racial equity lens in how they move money.  This includes, for many organizations,  reflecting on the origins of wealth and using that information to take reparative steps.

Look, money isn’t evil, it’s the love of money that is harmful. I invite people to imagine a different way of living and use money as a tool of repair and restoration. This year, my organization’s fund, Liberated Capital, launched the #Case4Reparations initiative—granting over $1.7 million to 23 BIPOC-led organizations doing advocacy and movement-building work for reparations in the U.S.  Wealth redistribution (whether it’s money, land or both) through reparations is the most important way we can close the racial wealth gap and heal. This is how money can be best used to heal.