Empathy is the Antidote to Shame 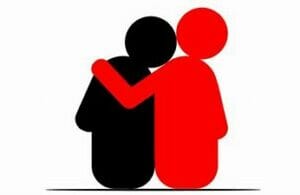 A few weeks ago, my youngest child, Sebastian, and I were watching one of his favorite television shows. During one of the commercial breaks, a People for the Ethical Treatment of Animals (PETA) commercials aired. Under the backdrop of dramatic music, the scene was of two animal control professionals trying to rescue a malnourished medium-sized dog abandoned by its family.

The dog had secured itself under a dilapidated mobile home where it had dug a hole and tried to fend off the service workers. Then, all of a sudden, I started to hear sniffling. I turned, looked at Sebastian, and asked, ‘Are you okay?’ Before I could say anything else, he had a complete meltdown. He was so upset that I had to give him 10 minutes to cry it out. Needless to say, we did not finish the episode we were watching.

Instead, after he calmed down, we had a conversation about trauma and how it affects behavior. I explained to Sebastian that abandonment and mistreatment could cause both animals and humans to fear the world around them, even if those trying to help are well-intentioned. I hugged Sebastian and told him that it matters that you treat people with care and respect. Otherwise, we could force them into hiding when they need help – like the dog in the commercial.

Moreover, there is a considerable amount of scientific literature that supports our heart to heart talk. When people experience physical and psychological pain or acute stress, it can cause an autonomic nervous response: flight or fight (Elbert & Schauer, 2002). Shaming people, believe it or not, can have a similar effect. A study by Amy Arnsten (2015) found that shame limits the use of our prefrontal cortex. The prefrontal cortex is the region of the brain that plays a critical role in logical thought and reasoning. When this area of the brain is suppressed, people tend to behave in ways that seem irrational. When, in fact, they are actually trying to survive their circumstances.

The systems we navigate, imbued with cultural norms and sanctions, can encourage shame or shaming (Arnsten, 2015). Social media has magnified this effect. Social media’s pervasiveness makes it much easier for people to perceive themselves as “less than” based on the messages they receive, directly or indirectly, through their social media feeds (Lim & Yang, 2015). Shame is a powerful emotion because, unlike guilt, people respond to it with a flight or fight response – the primitive part of our mind. Shame, similar to the trauma expressed by the dog in the PETA commercial, can force people into hiding.

There is good news!

Empathy, generally recognized as a person’s ability to understand and/or feel what another person feels (Colman, 2009; Decety & Lamm, 2006), appears to mitigate the impact of shame. There are three types of empathy: cognitive, emotional, and compassionate empathy. Cognitive empathy is based on understanding the circumstances of another. Empathic empathy is the capacity to feel as one feels. Compassionate empathy occurs when someone acts on behalf of another person due to their understanding and feelings about a situation.

Where shame encourages a flight or fight behavioral response, empathy has been proven to counteract this effect by lowering feelings of anxiety and fear and, thus, improving clinical outcomes between a service provider and a client (Fogarty et al., 1999). When working with clients, utilizing an empathetic approach encourages trust (Moudatsou et al., 2019) and greater self-efficacy levels expressed by the said client (King & Holosco, 2012). Empathy creates a space where people can rise above their circumstances instead of hiding from them.

Moreover, Patel et al. (2019) found that the following behaviors made patients feel as if their service provider, in a medical setting, was demonstrating empathy:

1.) Sitting with the client

2.) Detecting and responding appropriately to his or her non-verbal cues

3.) Responding to opportunities for compassion

Empathy is the antidote to shame.

Shame causes people to hide from the sanctions of cultural norms, which leads to perceptions of brokenness or being bad (Arnsten, 2015). Empathy has the opposite effect. It creates a space where people can process their circumstances without shame’s debilitating effects.

P.S. Sebastian is doing much better. Since our conversation, he has researched how to care for dogs properly. We have also volunteered at the local animal shelter. If Sebastian can harness the power of empathy, I believe there is hope for the rest of us.