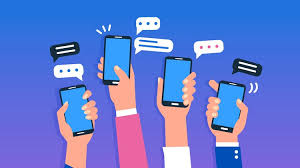 This paper describes the process a multi-state team of family resource management Extension specialists used to develop an educational intervention for recent college graduates with student loans. The team had members from all twelve states in the North Central Region. In 2016, the group met to determine what emerging issues all states faced and student loan debt/education was determined to be a common issue. After determining the issue, the team narrowed the focus to student loan repayment education.

The team decided to provide education via a text messaging (SMS) campaign to students on their own campuses. This article was written to inform readers how the campaign was designed. The objective was not to analyze data from the campaign, but to present the process of how the messages and intervention were created and distributed to participants.

The objective of the SMS intervention was to provide borrowers educational materials and to empower them to make informed decisions. Messages were designed by brainstorming a list of basic repayment questions that borrowers should be able to answer regarding their student loan debt. Message threads were designed as a personalized dialogue – the response and educational materials a participant received would depend on their answer to a previous question.

The messages were then tested within focus groups at two of the universities. Current college students read the messages and provided feedback to the researchers. Revisions were made to the draft messages to address focus group participants’ feedback. Draft messages were also sent to a student loan educator at a state-owned financial institution to gather additional feedback.

To collect relevant data, the researchers developed a baseline survey. During the baseline survey, participants were asked if they wanted to receive text messages related to student loan education. Telephone numbers were then collected from those indicating they wanted to participate. The team used a feature within Qualtrics to send and receive text messages from participants to make data analysis easier. The SMS campaign was done in phases, starting with an initial pilot in the spring 2017 semester, followed by the gradual addition of other institutions over the next two years.

Participants received ten message threads as a part of the project. General messages were sent out initially and became more targeted toward facilitating repayment. Participants were recruited one month prior to graduating and they received their first text message about five months after they graduated. The final message was sent after their grace period would have been done asking if they had made their first payment. A follow-up thread of messages were sent to gather additional post-intervention data.

The team found that using an SMS campaign allowed for just-in-time education delivered to the participants devices that they were most familiar with. Using text messages with this particular audience was found to be an effective way of reaching them with educational materials. It was also found that there were many moving parts with the campaign and that planning was essential to success.

To find out more about this particular process, text message flow/threads and timeline can be found by reading the entire article in the Family & Consumer Sciences Research Journal.