Networking Virtually at AFCPE Symposium and Beyond 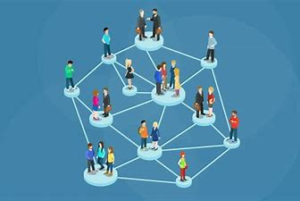 AFCPE Symposium attendees often mention the opportunity to network as one of the best parts of attending each year. This year there were many opportunities to connect with other professionals virtually. Attendees could easily connect with one click to reach out. The Pathable platform had many great features that encouraged connecting with others. When the week came to a close, many had the feeling that the symposium ended too soon; they wanted more: more information, more connection. At the end of this article, I will mention some ways you can continue to connect virtually through the year, but first I want to share the ways I saw networking happening virtually.

In Pathable, the symposium website, gamification encouraged connection. You could meet with exhibitors, download materials, and ask questions. Participants could message other attendees and set up one on one meetings with each other. You could play the game to earn points and win a free symposium registration by participating in all symposium activities. Some attendees played that game well and achieved very high scores! Others connected via the chats whether it was for a presentation, exhibitor hall, networking sessions, mixology, cooking, and band group activities. I witnessed so many positive and uplifting messages sent to build presenters up and the AFCPE membership.

The networking sessions were a key area that the organizers set up for connecting with others. When I signed up to host a few sessions, I wasn’t sure how well they would be attended. Thanks to all those who signed up and attended the sessions. There were fantastic topics on many areas of interest that occurred during nine different times. Attendees could select a session that interested them. Many of the sessions filled quickly. And those who were facilitating the sessions often increased the numbers allowed in.

Personally I attended eight sessions, missing one time slot as I was in our exhibit hall booth talking with people that stopped in. The networking sessions gave the opportunity for people to talk about a topic. For those who did not want to share, they were able to listen to others in the field share their experiences and opinions. That is a great way to build community in my opinion. Each session was different. Some groups were small, while others were large. I had the pleasure to lead five networking sessions.

One of my priorities methods to encourage engagement is to get people talking and typing in the chat. I ask questions, let people share in the chat and come off mute and talk. I break the groups down into smaller sessions so they can discuss a topic and come back to the larger group to share small group highlights. This interaction is what made the virtual aspect of networking more personal.

Attendees could also engage one on one during the symposium. During the symposium attendees could set up a time to meet with another attendee using the feature in Pathable where you could schedule a one on one meeting using the Pathable’s Zoom room. One person would invite another, they could accept the appointment, and then when the time came, a Zoom room was available for them to connect. This was a great way to connect with people one on one and I had several people request to meet with me this way. We had great discussions that will continue after the symposium ends.

I realized one thing that I missed about being in person. It was hanging out in the lobby at the symposium, or meeting someone in the elevator, hallway, exhibit hall, or at a table during the meal. So I reached out to see if it was ok to post my hangout room where people could just stop by and say “Hi” and meet others who also joined to connect. I did four of these in the mornings before the event activities and three after the last event of the evening. It is a concept that I have used before with work, which I call drop-in open office hours. These hangout and socialize times were great. We had many laughs and shared many thoughts about the day’s events. I am thankful to all who stopped by to connect in my Zoom room.

Connecting After the Symposium

Moving forward there are several things that AFCPE Members can do to network virtually. AFCPE Members can use the Connected Community https://afcpe.connectedcommunity.org/ to meet with others who have similar goals and interests. AFCPE Member Meet-Ups which meet the first Tuesday of the month at 12 PM Eastern are another great way to connect. Here are more ways to connect: