AFCPE’s website is currently undergoing scheduled maintenance. Some pages may be temporarily unavailable. We apologize for any inconvenience.

Thank you for your patience.

FICO® Score 10: The Newest FICO Model on the Market 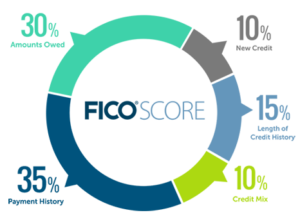 You may have heard the buzz. In January, Fair Isaac Corporation, better known as FICO, announced the release of FICO® Scores 10 and 10T, the newest versions of its scoring model. Expected to be released this summer, FICO® Scores 10 and 10T will take months, and more likely years, before widely adopted. Adoption of models is left to lenders — for example, the last FICO model (FICO® Score 9) was released in August 2014, but the most widely used model remains FICO® Score 8. Despite the slow incorporation of new models, given the anticipated press it is still best to familiarize yourself with the promised changes. Designed to be more predictive in helping lenders assess risk, key changes to these new models include (a) the use of trended data and (b) shifts in the way that the credit score will treat delinquency and certain debts.

The Incorporation of Trended Data

Although FICO® Score 10 uses the same reason codes as FICO® Score 9 and prior models, FICO® Score 10T is more predictive, coming with a new set of codes. The key distinction between the two models is FICO® Score 10T introduces trended, or time-series data. Driven by machine learning, trended credit data became popularized with the release of VantageScore 4.0.

The inclusion of trended data draws upon a longer history, in this case 24 months, to provide more predictability about consumer behavior. In other words, patterns become more salient. For example, how are consumers managing revolving accounts over time? With trended data, it’s easier to distinguish between those who “revolve” (carry monthly balances on their credit cards) and those who “transact” (pay their credit cards in full each month) and are thereby considered lower risk. Simply put, trended data adds more dimension to the credit profile, providing more insight into consumer behavior and risk assessment.

Overall, FICO® Scores 10 and 10T provide deeper insights into delinquencies, credit card utilization, and personal loans than in the past. With these models:

Due to these changes, those with strong scores will likely see a higher score when scored by FICO® Scores 10 and 10T. In contrast, those with lower scores could see the opposite come true.

The updates introduced in FICO® Scores 10 and 10T are not affecting your participants today. With new models, it is easy to get caught up in the nuances, but it is important to remain focused on the fundamentals. Although shifts in credit scoring models may only benefit some, the best practices in credit coaching and counseling remain the same: On-time payments and reduction of debt will continue to be the key drivers of credit score improvement.