Exploring COVID-19 from a Racial and Gender Lens

Topics
General
Eligibilities
Open to all Professionals
Sponsors
AFCPE
CEUs / Credits
1.0
Options
This is a Live CEU program., This program is on demand.
Types
AFCPE Webinar

Financial insecurity is at the forefront of the COVID-19 crisis, affecting nearly all Americans. However, while we are all in the same storm, the reality is that we are not all in the same boat. This pandemic is bringing to light, now more than ever, race and gender inequalities that keep Americans from being financially secure.

With a panel of leading industry experts, AFCPE will take an inside look at the COVID-19 pandemic from a racial and gender lens, helping you better understand the disparate impacts of the virus among different populations of people. Join us to explore ways we can better support clients from different backgrounds and help them overcome the unique challenges they are facing. 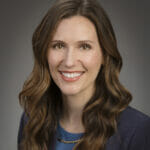 Elizabeth Brown
Elizabeth was elected to Columbus City Council in 2015, reelected in 2019, and holds the office of President Pro Tempore. In addition, Brown is the Executive Director of the Ohio Women’s Public Policy Network. Her core objective is to fight for broad-based economic prosperity that levels the playing field for every family in Columbus. 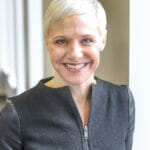 Kelley Griesmer
Kelley serves as the President and CEO of The Women’s Fund of Central Ohio, a public foundation that is fiercely committed to igniting social change for the sake of gender equality. Her background includes a 13-year legal career at Jones Day, Senior Vice President at The Columbus Foundation focused on community initiatives, and she was the COO of Pelotonia, a grassroots social movement to raise funds for cancer research. Kelley also serves on the Board of Directors for The Center for Healthy Families and previously on the Board of CHOICES for victims of domestic violence. 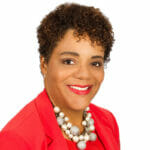 Christie Angel
Christie is the President and CEO of the YWCA Columbus, whose mission is to eliminate racism, empower women, and promote peace, justice, freedom, and dignity for all. Prior to the YWCA, Christie held several positions in the private and public sectors, including Deputy Chief of Staff and Director of External Affairs & Services for the City of Columbus with mayor Michael Coleman. She serves on the Board of Directors for The Greater Arts Council, The River South Authority, The Pizutti Collection, and on the Board of Trustees for the Community Shelter Board. Christie also services on the Columbus Chamber of Commerce Government Affairs Steering Committee. 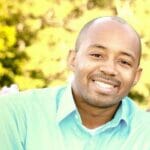